Posture is More Than Aesthetics!

“Older men and women with hyperkyphotic posture (increased mid back curvature) have higher mortality rates. The greater the degree of hyperkyphosis, the greater the rates of death, poor physical function and pulmonary (lung) disease.” 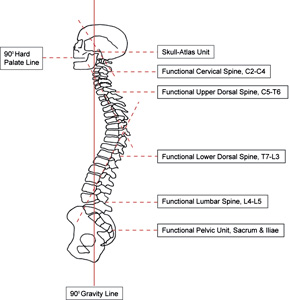 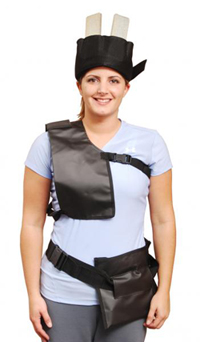 How then do Pettibon practitioners take these principles and put them into practice by re-aligning the spine so that it can function optimally in its upright position relative to gravity? They apply the science at the core of The Pettibon System: The patented Pettibon Weighting System.

The Pettibon Weighting System consists of specially designed head, shoulder and hip weights that patients wear for up to 20 minutes daily until the spine is corrected. The amount of weights and their placement depend upon the spinal displacement that needs to be corrected.

How the weights work: Wearing the weights alters the head’s, thoracic cage’s and pelvis’ centers of mass, causing the righting reflexes to send spine correcting sensory input to the nervous system. To balance the body to the weights, the nervous system’s innate organizing energy causes some involved spinal muscles to relax and others to contract, thereby repositioning and correcting the spine and posture relative to gravity. Additionally, the weights make the involved muscles do isometric exercises, needed to restore their strength, endurance and balance.

Find us on the map